Home Uncategorized The Candle at Both Ends 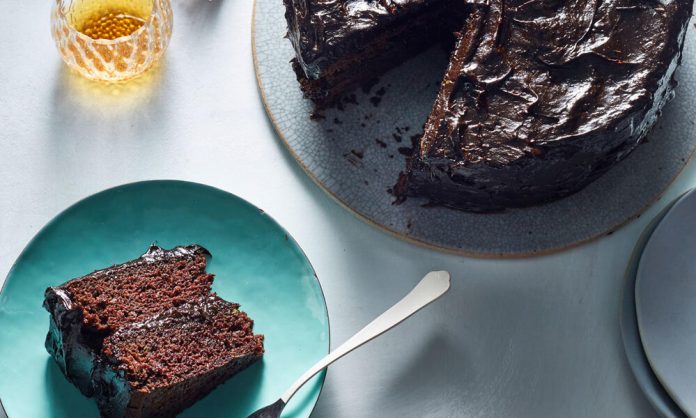 Mister Vedge was in NYC for work and I had a final dress fitting last week, so we spent a few days avoiding wedding madness and ingesting plenty of vegetables and burying ourselves in crisp hotel linens.

I’ve always wondered why Candle 79 and Candle Cafe are both on the Upper East Side, a few blocks away from each other. Since our hotel was on 76th and Madison, we set upon trying both restaurants. First up was dinner at Candle 79.

We attacked a Grilled Artichoke Special with a vegan cheddar crisp (above). We’ve dined here before and the specials seem like the way to go. Since then, portions have downsized and the food is much improved.

For a Wednesday, the place was packed. I strongly recommend reservations. We had snagged our spot on Opentable a week earlier and there were only two reservation times available at that point. The crowd here has been older and in larger groups during my experiences.

I went for the Live Zucchini Enchiladas with cashew cheese, cashew sour cream, guacamole, spinach, and salsa, topped with pumpkin seeds. It was like a giant Mexican salad, a very cooling dish. I felt like I was sitting on a beach in a caftan somewhere, instead of a crowded corner of a small restaurant.

Seitan Lover o’ Mine had the Seitan Special, crusted in pumpkin seed, which arrived over a melee of vegetables, potatoes, and asparagus in an avocado sauce. The sauces are the most interesting components here.

We decided on some dessert to go with our coffee. There aren’t enough creative vegan desserts in Philadelphia, so you can almost always expect that we will finish up sweetly while in NYC.

The Cannoli with dairy-free cream filling and vanilla chocolate chip ice cream was hard to pass up. My goal was to dig out all of the cream and leave the pastry shell behind.

But it was incredible enough that it deserved our full attention.

We again went for a special dessert. Two desserts. Like I said, New York has the vegan dessert edge.

It was a brandied cherry sauce with cherry vanilla ice cream over toffee brittle and some cashew cream that had the final say. My choice dessert of the two.

We met at Candle Cafe for lunch two days later. We split a vegan caesar salad with dulse and tempeh bacon and then a grilled tofu and rice/bean wrap. The salad was nothing crazy, but I was craving it, and the wrap was bland and would have been a million times better with a red sauce or something spicy. We finished with shots of wheatgrass.

Candle Cafe was also full to brimming with young, lithe lunchers, mostly female, and nearly every table requested one of the juice bar drinks or wheatgrass shots. The vibe was more casual and there was a lot of takeout business at the juice bar counter. I would return for a quick bite if I was staying at the Surrey Hotel again.

The Candle at Both Ends