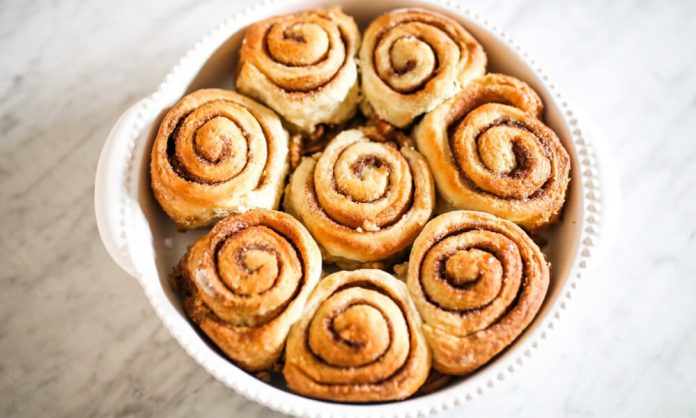 I’ve been baking so much in the past month that by the time Thanksgiving comes, I will just drink the blackest coffee I can blacken and eat rice crackers.

But not without cranberry cinnamon monster rolls.

I made some cranberry orange sauce and slathered it on my sheet of dough with Earth Balance, brown sugar, and cinnamon. It was a much messier concoction and not as easy to roll up or slice into rolls. It was GOOD. The cranberry takes over the cinnamon a bit.

I was inspired by Mr. Landers of North Port Fishington who tried this. I didn’t do a cream cheese icing, although I have two containers of Tofutti cream cheese in my fridge and it would have been reality-burstingly insane. I would have made an icing if I were serving to other people. I oddly prefer a more savory roll. I think it’s the yeasty flavor of the dough that cries out to me. It’s serious business.