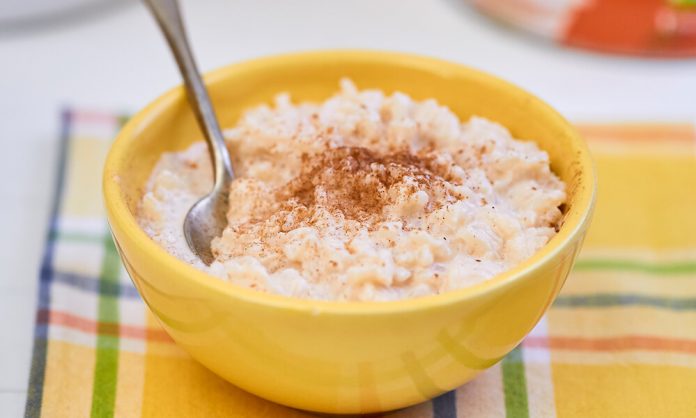 We had a student visiting my family from Spain the past week.

Here’s the deal: If you come to Thanksgiving one year and we fall in love with you, you are pretty much always welcome here. Graciela is an exchange student who had been staying with my father-in-law’s partner’s family and they ended up at the Phillips Thanksgiving Table in 2009.

She wanted to come to Philadelphia again, so Summer 2011, here she was. She loved the veggie thali at Bindi, we all ordered farro for lunch in Central Park on a day trip to New York, and one night, we even attempted a vegan paella.

While it wasn’t exactly like her mother’s version (we’ll nail it next time, I think), there was gazpacho and wine and salad with oranges and olives and four women of all different ages and backgrounds sitting around the kitchen drinking to life.

I was told there was dessert, Graciela’s favorite: Arroz con Leche.

One thing that Graciela discovered while staying with the Phillips family? She loves almond milk. So that is how she veganized her recipe, which I absolutely have to share. It was simply the best rice pudding I have ever spooned into.

It was the citrus. Graciela adds orange and lemon peel to the rice as it cooks, something that intensifies the flavor immensely. I was so full and happy that I ended up taking the rest of my pudding home for breakfast. 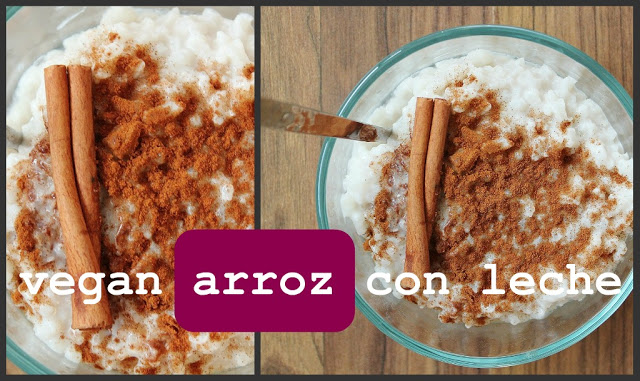 She also says her mother makes this with brown rice, which is how I personally like it. I think I’m going to call it Graciela Pudding and tell my children about it one day. Yes, I just said that.

The recipe is tweaked from My Kitchen in Spain, with almond milk and lemon and orange peel instead of zest and less sugar.

Some additions? I’d slip in a little vanilla, maybe nutmeg and cloves. Raisins would be delicious here as well.

Bring the rice to a boil in a saucepan with salt, cinnamon, citrus and 1.5 cups water. Cover and simmer for 5 minutes. Let sit for another 5 minutes and then rinse the rice under cold water. Save the citrus peel and cinnamon stick for the milk.

Bring the milk to a boil with the peel, stick, and the sugar. Add the rice, bring to a boil again, and then cover and lower heat, cook for another 12 minutes until rice is tender. Pour the pudding into six bowls and let chill in fridge for a few hours. It will thicken as it cools. Serve with cinnamon on top.

Come Get Brain Freeze With Me Tomorrow, This Weekend, and Beyond