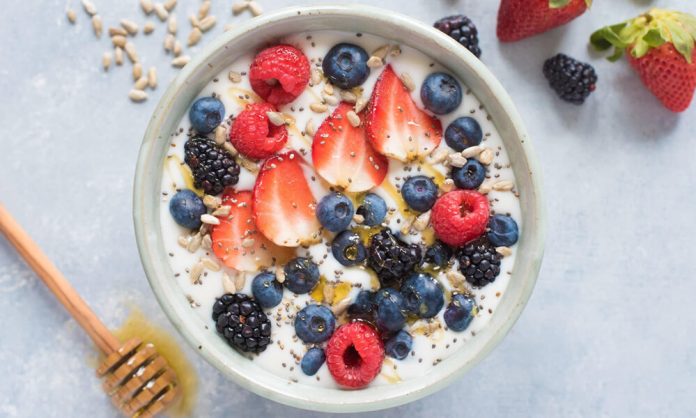 It’s been a long wait and worth every second. So Delicious Greek Style Cultured Coconut Milk Yogurt is out!

The stats for the six flavors vary only slightly, here’s a close-up of the plain: 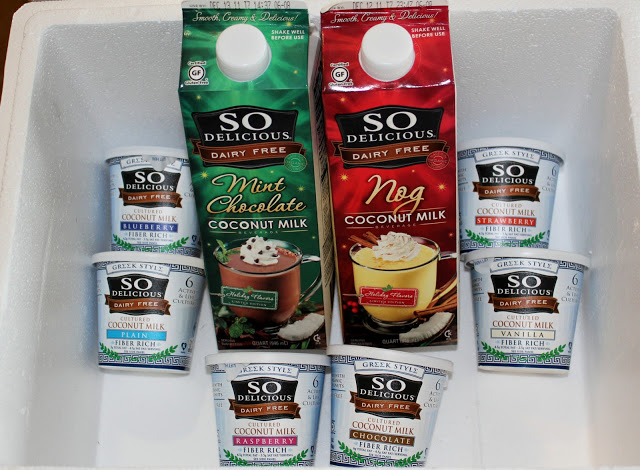 As far as texture, this is as close to greek as you could probably get while keeping it vegan. It’s thick and mousse-like and does the trick for me. I don’t like to use the term “mouthfeel” but this has that oh-so-familiar greek yogurt mouthfeel. Which is the reason why most of us loved it in the first place.

Regular greek yogurt was the hardest thing for me to let go of when I made the transition to vegan. This product is just as good. Is it exactly like greek yogurt? It’s really close. So close that anyone who tells me they could never stop eating greek yogurt might want to try this one out.

I’ve sampled every non-dairy yogurt out there and none of them have impressed me to the point where I’d ever admit that it was “just like yogurt”. None of them were, and few of them could hold their own.

So Delicious’ Coconut Milk yogurt has been an occasional treat for me, but again, I was missing that tang and heft of the greek stuff…so it made my day when So Delicious contacted me to send out some samples of the new Greek Style.

They sent me each flavor but of course I went straight for the plain, because that’s how I like, drizzled with a touch of agave and served over fruit..

They also sent each of the flavors. I tried the Blueberry first, not too enthused by the purple color of it. I would prefer if they packaged the yogurts with a separate section for the fruit and yogurt, so that you could mix in swirls of fruit as you wished. Appearance aside, it tasted really good! Not too sweet or artificial tasting.

The So Delicious folks also sent me some of their new Coconut Milk Nog and Mint Chocolate Coconut Milk. I don’t normally buy flavored non-dairy milk beverages (I like plain almond milk the best and occasionally plain coconut). Every year I do pick up some vegan nog, though, it’s been my tradition for years.

We make our own nog (recipe here!) but I noticed right away how thick this was. The consistency was impressive. I’d serve this in a pinch to my guests with some good rum and some coconut whip on top.

I haven’t found the yogurt in stores yet but it is out and will retail at $1.99. Chime in if you spot it anywhere. Yes, I’ll be buying more…